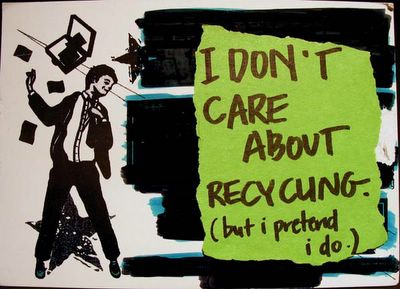 For the third year in a row, Report on Business magazine has joined with Jantzi Research Inc. to rank companies that operate in Canada on the basis of their corporate social responsibility performance. Jantzi is one of Canada 's leading authorities on social investment and CSR issues. The firm also provides a full range of research and consulting services to institutional clients and financial professionals.

This year, we focus on just five industries—big retail chains, shoe and clothing manufacturers and stores, food producers, fast food chains, and food and drug stores—rather than on a broad range of sectors, as we've done in previous years. Our aim is to provide greater detail on the industries we examine, and each year we will profile five different sectors. This year's companies were selected based on their size and their importance to investors and consumers. Some companies, such as Mountain Equipment Co-op, are included because of their reputation as CSR leaders.

Jantzi starts by compiling information from public documents, government and NGO sources, media reports and correspondence with key stakeholders. Each company also receives a questionnaire about its CSR practices.

aPs="boxR"; var boxRAC = fnTdo('a'+'ai',300,250,ai,'j',nc); Some well-known companies are not included—for example, Burger King and the Overwaitea Foods supermarket chain. Without a company's co-operation, there isn't enough information in the public domain to fairly compare it with its peers. Few private companies are ranked because most are unwilling to disclose their social and environmental data.

In the case of international companies whose Canadian operations are closely linked to their corporate parents, our evaluation is based on the parent's performance. For these companies, Jantzi relies on information provided by its partners in the SiRi Network, a group of 11 socially responsible investment research firms in Europe , North America and Australia .

Companies are evaluated and scored in six key areas: community and society, corporate governance, impact on customers, treatment of employees, the environment and human rights. Jantzi translates the combined scores into a letter grade that is meant to convey the overall impact of a company's social and environmental practices on employees, consumers, investors and communities, as well as the company's success in tackling ongoing CSR issues. The scoring criteria are weighted differently for each sector, but the letter grades give some indication of a company's performance relative to those in other sectors. Companies in the same sector with the same letter grade are ranked by their underlying numeric score.

1. Mountain Equipment Co-op          B+
(Vancouver)
Revenue: $178.4 million
Scores well above its peer group across the board, and its co-operative membership structure encourages employee and customer involvement. Also the only Canadian retailer that is a participant in the Fair Labor Association, a non-profit coalition that works to improve labour standards and working conditions worldwide.
Bragging rights: MEC is committed to generating zero waste in its operations. In 2004, it diverted about 76% of waste from its stores that would otherwise have gone to landfill.

3. Hudson 's Bay Co.              B-
( Toronto )
Revenue: $7.1 billion
HBC's chains include the Bay, Zellers, Home Outfitters, Fields and Designer Depot. HBC ranks high for employee benefits and has made efforts at ethical sourcing, but its recent endorsement of the China Code of Conduct has been criticized.
Bragging rights: HBC has cut energy use by pumping in water from Lake Ontario to cool its Toronto head office and flagship store.

4. The Home Depot                             C+
( U.S. )
Revenue: $73.1 billion ( U.S. )
Home Depot has innovative policies and programs to manage product safety and to treat customers fairly. But it has faced several workforce discrimination lawsuits in the U.S. Executive pay is also high--U.S. CEO Robert Nardelli's 2004 compensation of $30.5 million (U.S.) was the highest among the retailers we surveyed.
Bragging rights: Home Depot's community initiatives, particularly projects to build housing for the underprivileged, are supported by employee volunteer programs. In Canada , the chain's Team Depot donated more than 400,000 hours in 2003.

6. Canadian Tire                               C-
( Toronto )
Revenue: $7.2 billion
Corporate employees at Canadian Tire--whose banners include Mark's Work Wearhouse and PartSource--enjoy top-level programs and benefits. But dealer outlets employ almost 80% of Canadian Tire's staff, and there are no minimum standards for benefits or workplace conditions in their stores.
Bragging rights: Four of 16 directors are women, as are four of the 15 senior officers.

10. Rona                                          D-
( Boucherville , Que.)
Revenue: $3.7 billion
Building products have a high level of environmental exposure, so Rona's lack of programs or reporting in this area is disturbing. The company reports no significant initiatives on sustainable forestry standards, waste management or energy efficiency.
Bragging rights: About 35% of Rona's employees are unionized, the highest percentage in its peer group.

1. adidas-Salomon                                   A-
( Germany )
Revenue: 6.5 billion euros
Adidas-Salomon acquired Reebok in January. Both companies have been cited for their positive environmental initiatives and for requiring suppliers to comply with certain standards. In 2005, both firms were accredited by the Fair Labor Association. Reebok had earlier been certified for its footwear.
Bragging rights: Adidas-Salomon encourages factory owners in Asia to reduce dangerous chemical compounds used in manufacturing.

2. Nike                                 B+
( U.S. )
Revenue: $13.7 billion ( U.S. )
The company continues its tradition of charitable contributions that focus on underprivileged youth and females in developing countries. Donations totalled about 2% of its worldwide pretax profits in the 2005 fiscal year. Nike also matches employee contributions.
Bragging rights: Nike shocked activists in 2005 when it complied with calls for factory disclosure by listing its more than 7,000 suppliers.

4. Puma                                 B-
( Germany )
Revenue: 2 billion euros
Puma is one of 19 companies in the Fair Labor Association, although the firm is not accredited. Last year, Puma vowed to phase out hazardous chemicals in several products following a campaign by Greenpeace.
Bragging rights: The only firm in the group that issues an annual sustainability report detailed enough to meet all the guidelines of the U.N.-backed Global Reporting Initiative.

10. Reitmans                                          E
( Montreal )
Revenue: $922 million
Corporate governance proponents don't like Reitmans' dual-class share structure, which allows the Reitman family to maintain voting control with only a minority equity position. None of the company's directors is female, although 42% of its senior officers are women. Reitmans has human rights policies for workers at its suppliers' factories, but does not appear to have any systems in place to ensure adherence.

Revenue: $4.6 billion ( U.S. )
Very little CSR reporting. The company does not report having any policies, programs or targets related to charitable giving, employee diversity, the environment or human rights. It has policies on supplier labour standards, but does not indicate that it has any monitoring or enforcement mechanisms.

1. Starbucks                                    B-
( U.S. )
Revenue: $5.3 billion ( U.S. )
Provides extensive CSR reporting, right down to CO2 emissions. Starbucks also donates more than 1.7% of pretax profits to charity. But an overwhelming majority of Starbucks coffee is still not certified fair-trade, provoking accusations that some of the company's marketing on the issue amounts to "greenwashing."
Bragging rights: Starbucks' 2004 CSR report was independently verified and set performance objectives in areas such as the environment and selling organic and fair-trade coffee.

2. McDonald's                                     C-
( U.S. )
Revenue: $20.5 billion ( U.S. )
Decent marks for policies and reporting, particularly animal welfare guidelines and nutritional information. Marketing to children remains a concern, underscored by its partnership with the Walt Disney Co. McDonald's has also been criticized recently for failing to ensure fair wages for tomato pickers in Florida.
Bragging rights: Progressive initiatives, such as serving fair-trade coffee in the U.S. northeast, show that McDonald's can be sensitive to consumer demand.

3. Darden Restaurants                               D
( U.S. )
Revenue: $5.3 billion ( U.S. )
Darden's chains include Red Lobster and Olive Garden. It scores points for healthy items at its new Seasons 52 grill and wine bar chain. But Darden has struggled with industry issues such as toxic metals in seafood and threats of a U.S. boycott of Canadian seafood imports because of the seal hunt. Darden contributes money to environmental research, but has zero reporting on the environmental impact of its own operations.
Bragging rights: Darden's employee benefits are among the best in the industry, including a retirement savings plan, health plan, financial aid for education and a commitment to work-life balance.

5. Wendy's                                        E-
( U.S. )
Revenue: $11.6 billion ( U.S. )
Wendy's, which also owns Tim Hortons, continues its mediocre performance. Strong animal welfare policies are offset by a lack of environmental policies and limited accountability among suppliers. Tim Hortons does not sell any fair-trade or organic coffee, and while it says it has progressive and responsible supplier policies, it has not disclosed any details.

1. Unilever                                               B
( Netherlands )
Revenue: 40.4 billion euros
The consumer-products giant's food brands include Becel, Bertolli and Lipton. Unilever is a leader in CSR reporting and assessing the environmental impact of its products over their life cycle. Its margarine and vegetable oil products plant in Rexdale, Ont., participates in the Canadian Greenhouse Gas Challenge Registry, a voluntary emissions reduction program.
Bragging rights: Unilever has several green sourcing initiatives, including a sustainable fisheries program in co-operation with the World Wildlife Fund.

6. Maple Leaf Foods                                   D
( Toronto )
Revenue: $6.4 billion
Scores well for corporate governance, with a strong contingent of independent directors and relatively modest executive pay. But Maple Leaf's environmental record is poor, with more than 30 convictions and over $1 million in fines in the past five years.
Bragging rights: Receives marks for its initiative to create bio-diesel fuel from leftover animal parts.

9. ConAgra Foods                                  E+
( U.S. )
Revenue: $14.6 billion ( U.S. )
ConAgra--whose brands include Chef Boyardee and Healthy Choice--produces a decent report on employee diversity, but otherwise its CSR report is extremely weak. Health and safety performance is below average, with several workplace deaths in its U.S. operations over the past five years.

1. Sobeys                                            C-
( Stellarton , N.S. )
Revenue: $11 billion
Consistently solid in most CSR areas, Sobeys rates highly for corporate governance and health and safety programs. But the company suffers from a high number of labour problems relative to the number of union contracts in its stores, including several strikes and threatened work stoppages in Saskatchewan , Ontario and Nova Scotia over the past five years.
Bragging rights: One of the few companies in this sector to disclose its annual corporate charitable donations.

2. Loblaw                                                   C-
( Toronto )
Revenue: $26.2 billion
An industry leader in environmental management and health and safety, Loblaw also rates well in consumer responsiveness due to lines such as President's Choice Organics and hydrogenated-oil-free PC Blue Menu. Loblaw is the most heavily unionized company in the industry and has better overall labour relations than its peers, despite contentious "wage-tiering" issues. Past consumer-related fines, including penalties for the false or misleading labelling of meat products, also drag down Loblaw's score.
Bragging rights: Loblaw is now the largest retailer and distributor of organic food in Canada .

Revenue: $4.7 billion
The chain's scores for disclosure and charitable donations are above average, but Shoppers is a mediocre performer in other areas. Eighteen associate stores in B.C. have been in mediation with the company since April, 2001, when their contract expired. Shoppers' environmental, health and safety, and employment equity programs remain relatively weak.